|| [look] Royba is a stocky Goron of middle age. He has a spiky, pepper-gray beard ringing his face. Various scorch marks on his body testify to long years of working with explosives and the occasional accident. Judging by the slap-happy grin on his face, his brain may be slightly rattled too. However, his eyes sparkle with intelligence, curiosity, and friendliness. || 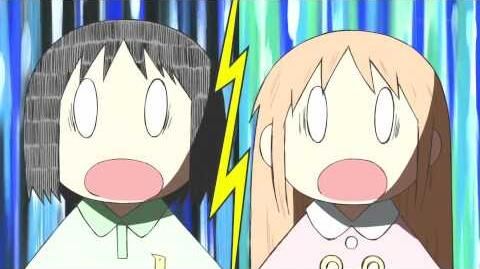 || [history] Royba, like many young Gorons, was fascinated with bomb flowers and the making of bombs from an early age. However, his fertile mind wasn't too long in surpassing the basics of explosives. Regular bombs began to seem a little tame. One day, a peddler passing through Death Mountain sold him a few bombchus. Royba eagerly dissected the toy-like explosive and figured out the complicated mechanism. This set him off making creations of his own. He is now one of the most highly respected (and thought slightly deranged) pyrotechnics in Hyrule.

Royba's inventions have a range of uses, from demolition to entertainment to battle, though he refuses to sell most of his war explosives, saying that they are still in the experimental stage. His favorite is the fire tomahawk. Royba's fireworks displays are renowned. It is said that it was he who planted the rows of bomb flowers in Dodongo's Cavern. Royba's life ambition is to create a bomb which sucks in heat instead of releasing it--a freeze bomb, if you will. Impossible? Only the goddesses know... ||

|| [abilities] Pyrotechnic Rank 4: Royba's life career and passion is the creation and utilization of explosives, with a little extra weight on the entertainment subcategory. Call him up if you need a dazzling fireworks display to draw Ooos and Ahhhs. Or just to blow stuff up, he's good at that too.

Engineer Rank 2: Royba is also a pretty decent engineer in a more general sense. He'd most likely recommend a colleague instead if you came to him for a serious architectural or mechanical project that doesn't involve explosives, but if he finds himself needing to rig something up to get something done, he can often do it. ||

A nutty younger Goron who also has a thing for bombs, but none of the sense or caution needed to handle them. Eoin is the reason Royba keeps his wares under lock and key while not selling them. (Well, to be fair he'd do that anyway just out of professional responsibility, but still).

A Goron met by chance on the trail of Death Mountain. Not a whole lot of interaction just yet, but she shared a snack with Royba and he sold her a bombchu at discount.